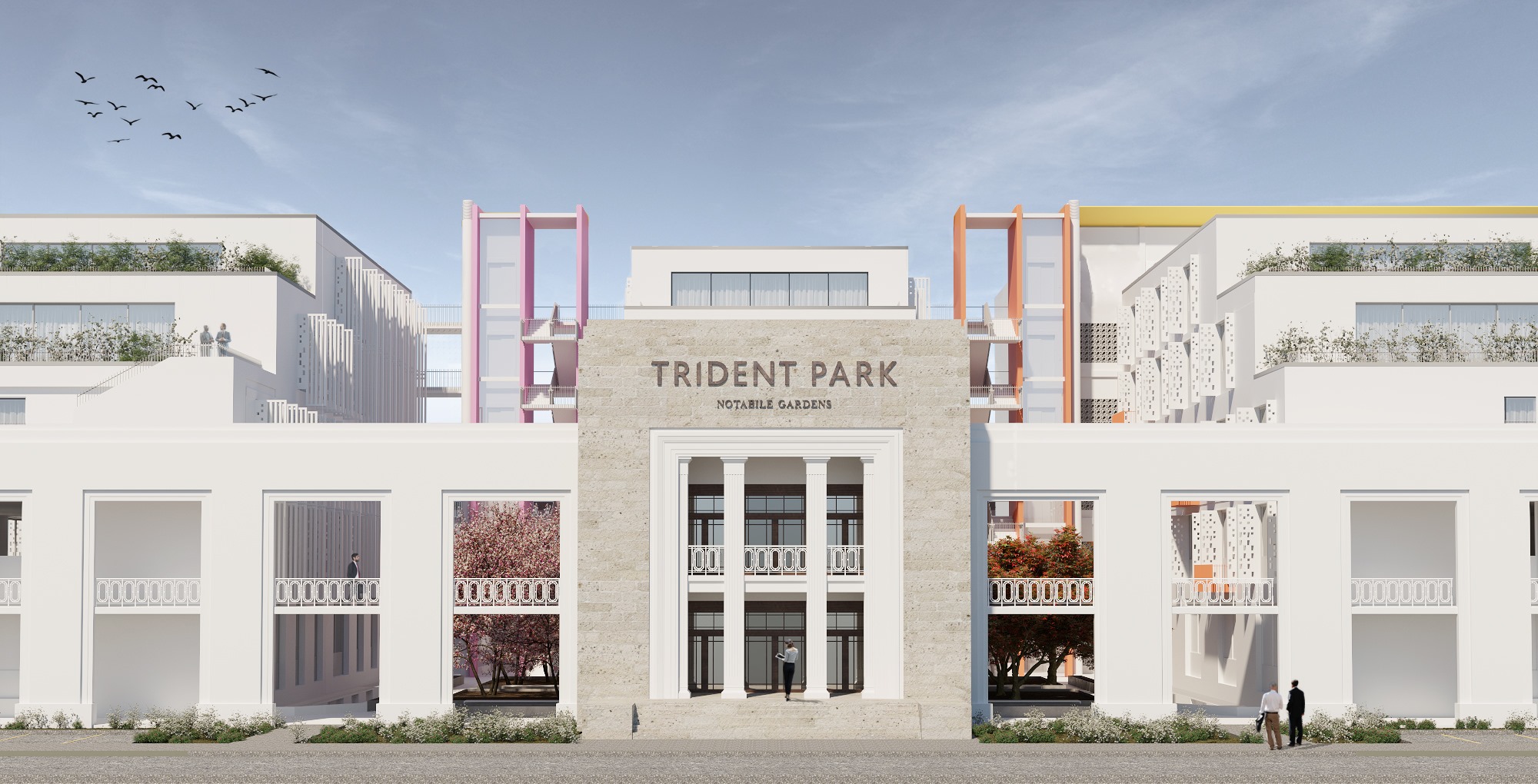 Picture this: You walk into your open-plan office first thing in the morning and you’re pleasantly surprised to see that the office isn’t cold. The temperature feels just right… there’s no need to turn on any heating system, no A/C… you feel comfortable and you can immediately get to work!

This is what it’s set to feel like for all those people who will eventually be making use of Trident Park, the green office campus designed by world renowned architect Ian Ritchie in the Central Business District previously known as Mrieħel. A smart, AI-enabled temperature control system that is considered to be the first of its kind in Malta is currently being installed within Trident Park.

The buildings form part of a large-scale regeneration project that has been underway at the site of the historic former Farsons Brewery. In the heart of the emergent Central Business District, the site is being transformed into a green office campus and world-class business destination.

Building services engineering firm Panta, considered as a leader in the field of smart air conditioning systems, has been entrusted with the design and installation of Trident Park’s temperature control system. The system, known as TABS (Thermally Activated Building System) is widely used across central Europe.

So what is so special about this system and how does it work?

TABS is a combined heating and cooling system with pipes embedded in the structural concrete slabs of multi-storey buildings.

What’s so innovative and fascinating about Panta’s project at Trident Park is that it isn’t about the installation of conventional air conditioning units. Instead, it required the installation of 100 kilometres of very small pipes that have been cast in concrete (in the buildings’ ceilings) and connected to a central system that will have the ability of keeping the temperature at a stable 22 to 24 degrees Celsius for optimised comfort across the office campus.This system is proven to reduce operational costs by approximately 30 percent and is accredited by BREEAM, the world’s leading sustainability assessment.

The system also has an element of artificial intelligence integrated into it; by means of a number of controllers forming part of the Building Management System, the project’s engineers have the capability of programming self-learning routines for the system to be automated. If the building has a 10% occupancy by 8am, for instance, or if certain parts of the building (where the sun rises for example) get hot before other parts, you can figure out the exact time required to bring different parts of the building to the optimal temperature by the time people start getting to the office. You could say that artificial intelligence will be turning Trident Park into ‘living buildings’ reacting to the people using it.

The systems installed at Trident Park will also be able to monitor air quality, energy consumption, alarms, as well as lighting and electrical devices. In fact, the electricity system at Trident Park will be controlled by wireless switches, giving office administrators the possibility to remotely check whether anything may need to be turned off (or on) their smart devices.